Rezek is a character in the Campaign of Disintegration.

One who values friendship and values his family above all else. As far as he knows (or hopes), his wife and twin daughters live free as natural humans. Rezek is one of the best Integrated mechanics that could rebuild a Gravcycle from the ground up. He was once a prisoner on Black Shuck's Iron Cloud, though he escaped with fellow Outlaws.

Years ago, just before mandatory integration was imposed, he bribed guards with every last penny he had to escape the lockdown. Not having enough money for all four of them, he stayed behind. This wrenching decision was exacerbated by his refusal to learn where his family would be taken, stating that if he were captured, he would not be able to disclose their location. Rezek assured his wife and daughters that he would somehow find a way to join them.

Not long after, Rezek was arrested on the flimsy charge that his tools could be used as weapons. Without a hearing, he was shipped off to a detention center where his integration was assured.

By this time, integration had become commonplace. With new threats of disease dominating the headlines, public health officials recommended that all people integrate. The demand for the procedure skyrocketed after it was made free to all. Integrated citizens were generally afforded more freedoms than their unintegrated counterparts.

Many had their reasons to fear integration. For Rezek, it was the thought that his wife and daughters would no longer recognize him, or perhaps reject him.

Rezek has never fully adapted to his armature. Having been an athletic man who knew his own body, he now feels awkward and uncomfortable. His voice does not sound like his own, and he often has the sensation that he is interrupting himself whenever he speaks. And so he avoids speaking much of the time, preferring to bury himself in his work.

Rezek does not consider himself a rebel. He never saw the point of adopting a pseudonym the way many of the "free thinkers" did. But to fit in, he took his late brother’s name. Like most of his family, war had taken him well before his time.

He has always been a skilled mechanic. During his long incarceration, Rezek avoided Rayonne indoctrination by working on some of the early versions of the Rayonne gravcycle program. He would never take credit for slowing its progress, but it is possible that a few loose connections resulted in catastrophic failures during field tests.

His acts of rebellion these days are to throw out the factory handbook and bypass the safety restrictions of the gravcycles he works on. The machines were never designed to carry heavy cannons or use elaborate nano-repair systems, but by the time Rezek has worked his magic, you’d be convinced they were. 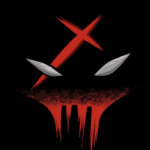